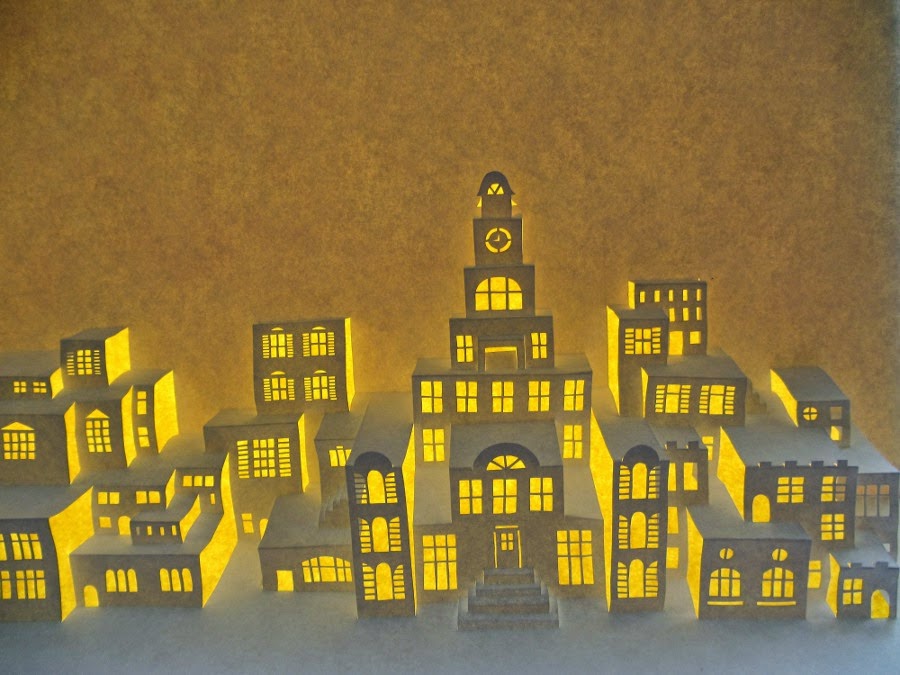 I’ve just noticed that this is my 101st post! Good excuse for celebrating with a nice cup of tea I think, especially after a busy weekend of camping in Cornwall and going to the Boardmasters festival!

I finished this paper cut cityscape this week. It’s made using a technique called ‘kirigami’, a japanese word describing the art of cutting and paper folding to make 3D sculptures. I had a go at it before, but my measurements were a bit off on my last attempt and it turned out wonky!

To my relief, this one came out fine! There’s a yellow piece of paper behind, held up to the window to let the light through. 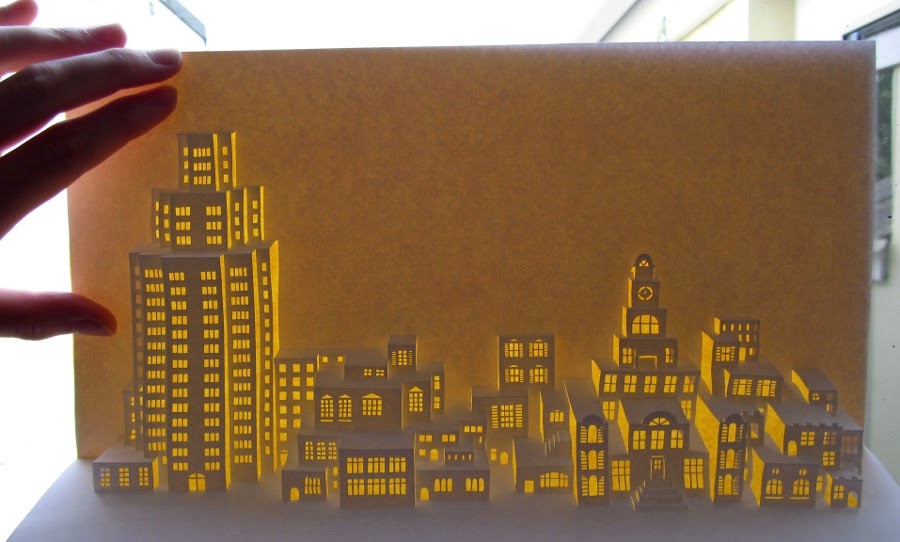 If I did it again, I would break the skyscraper down into sections, rather than long panels as it is now because they bow and bend too easily. 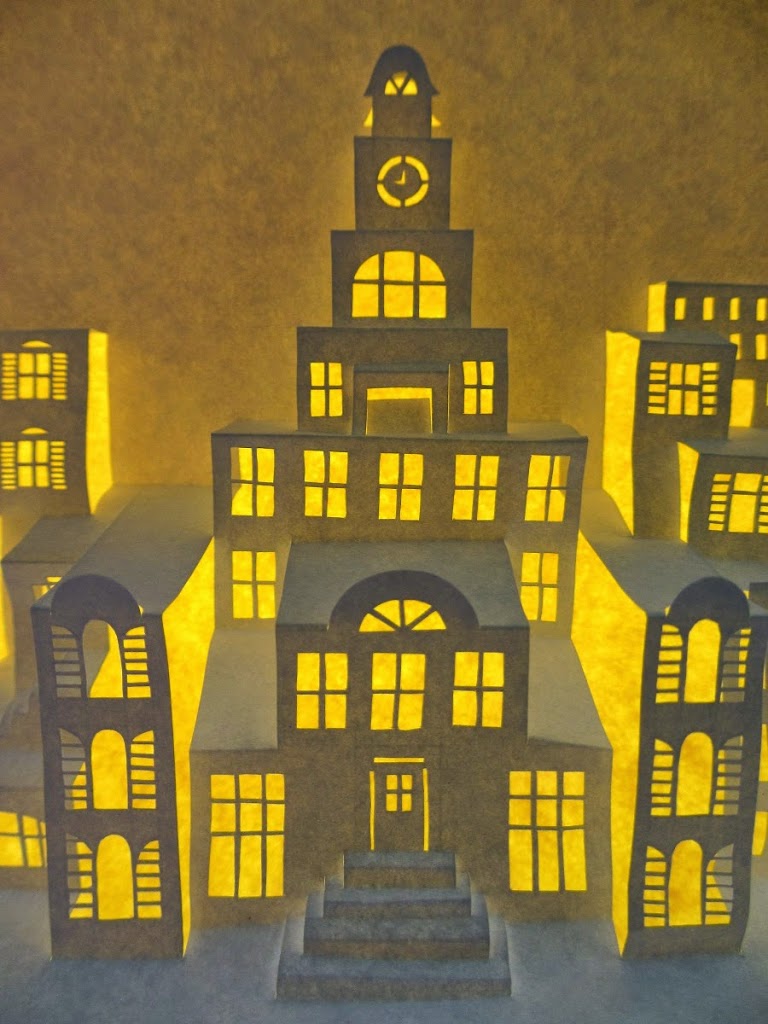 The forward facing steps (above) were really hard to fold! I did it by gently pressing along the edge of the knife from the back. 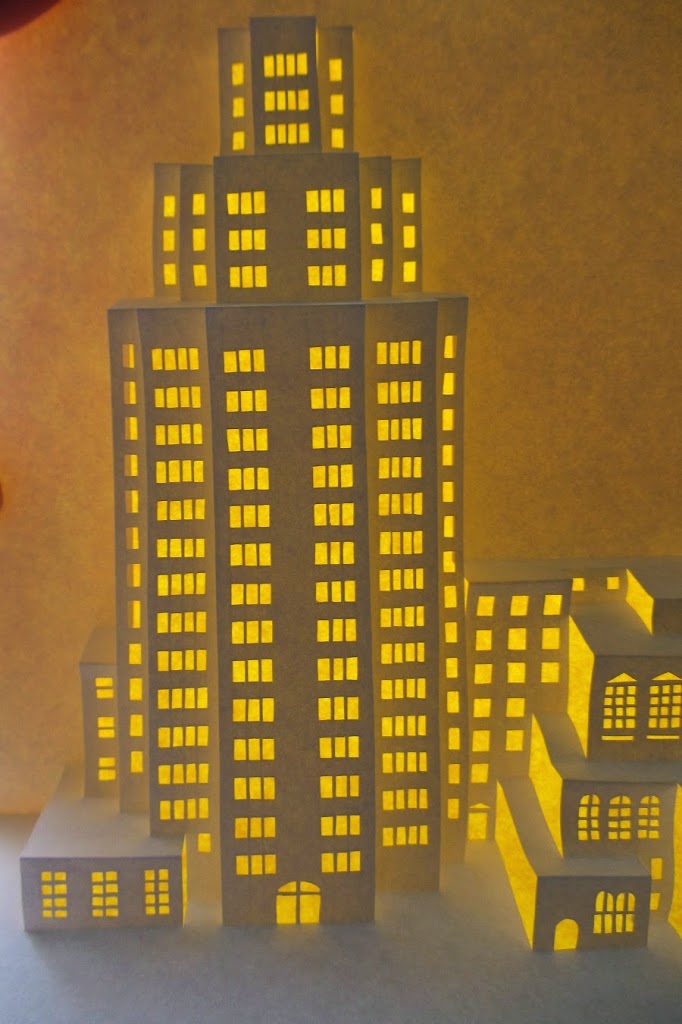 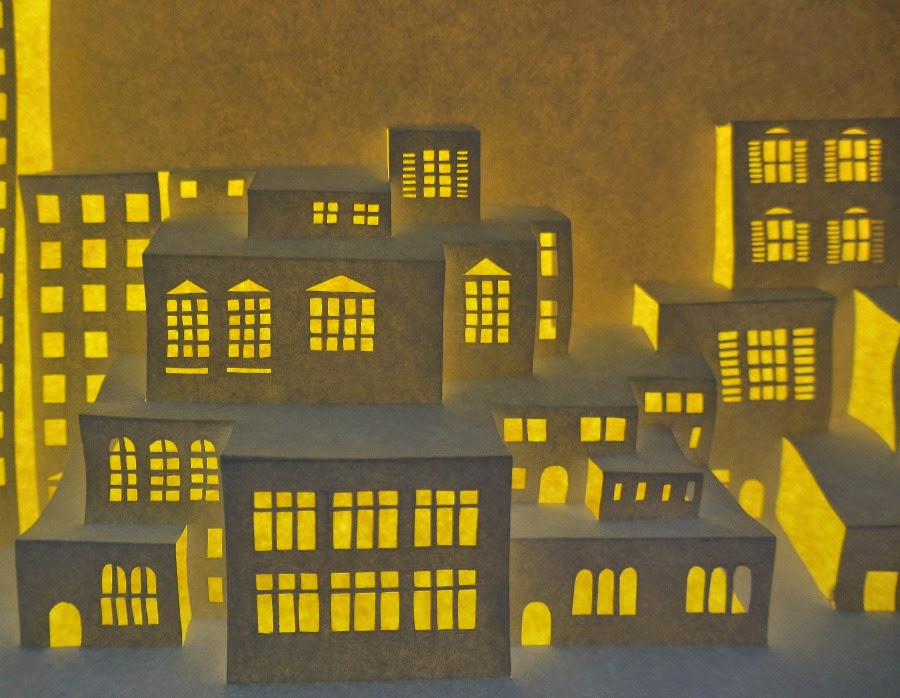 I quite like how it looks backed with white paper too. 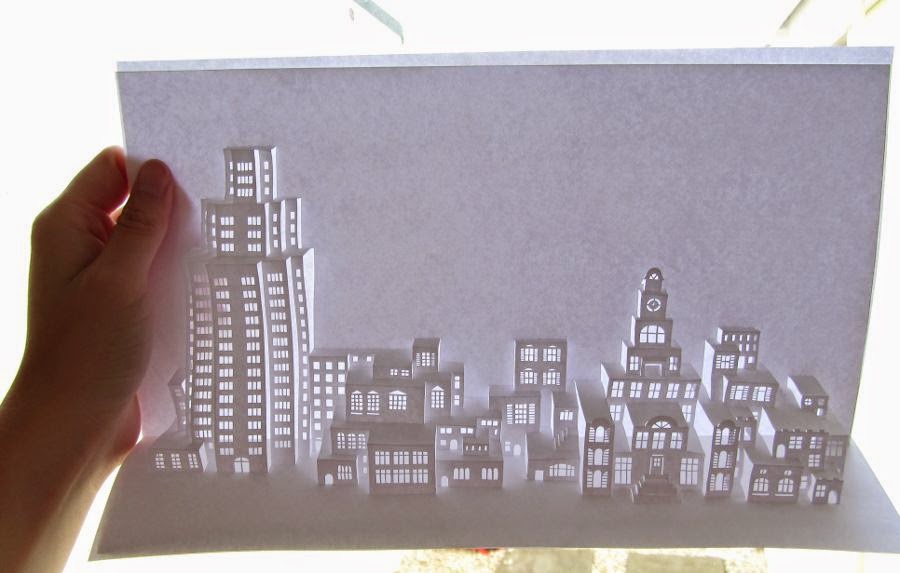 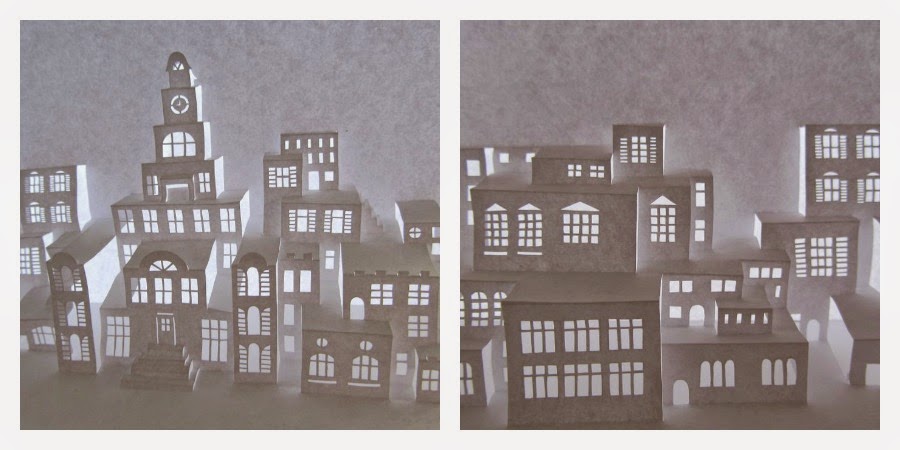 But my favourite view of it is with a strong light shining directly behind, casting shadows from all the doorways and windows. It would make a great feature light! 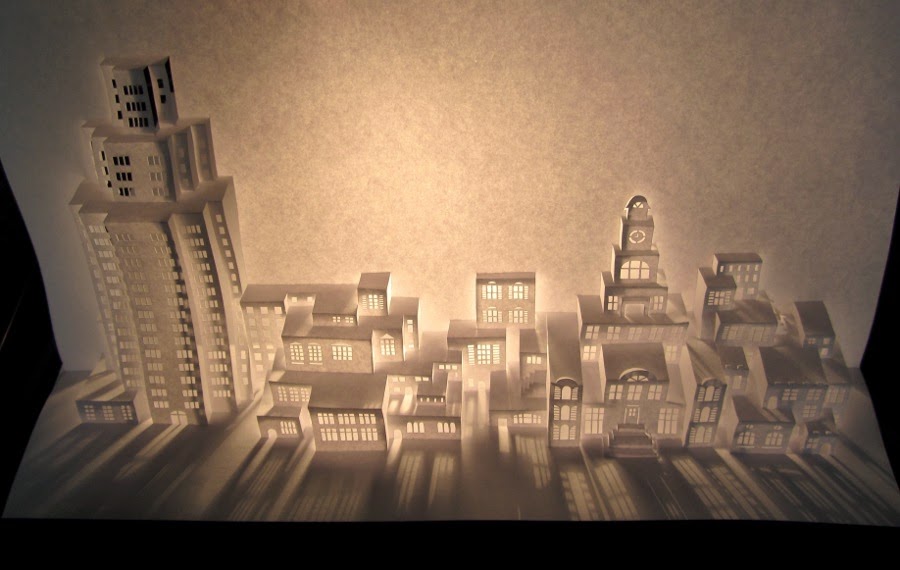 Because it’s paper, it can’t really support itself and it was really tricky to hold it in the right place while taking a photo with the other hand! 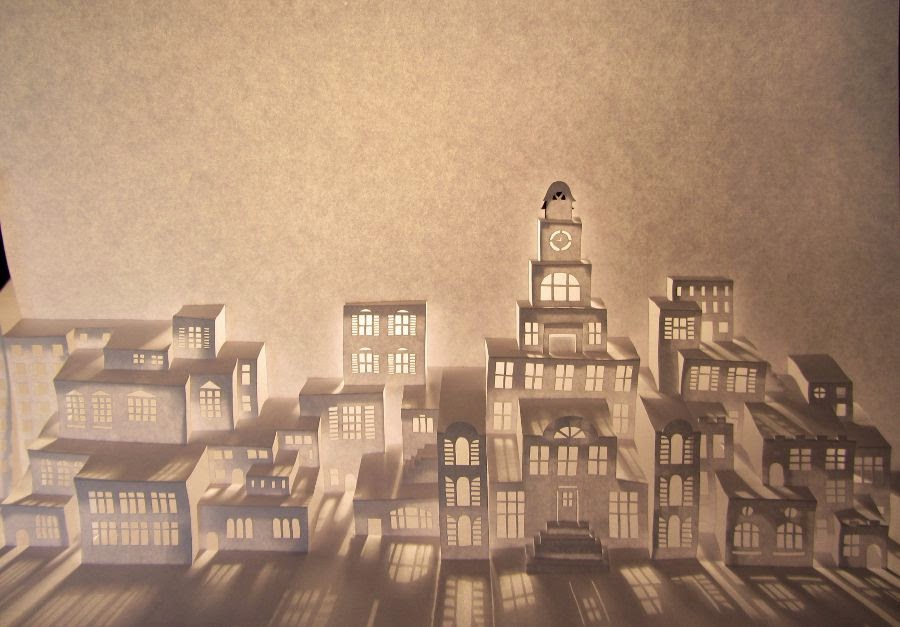 This is how it started life. I measured out the buildings and cut out all the windows with a craft knife. Then came the fiddly business of folding! 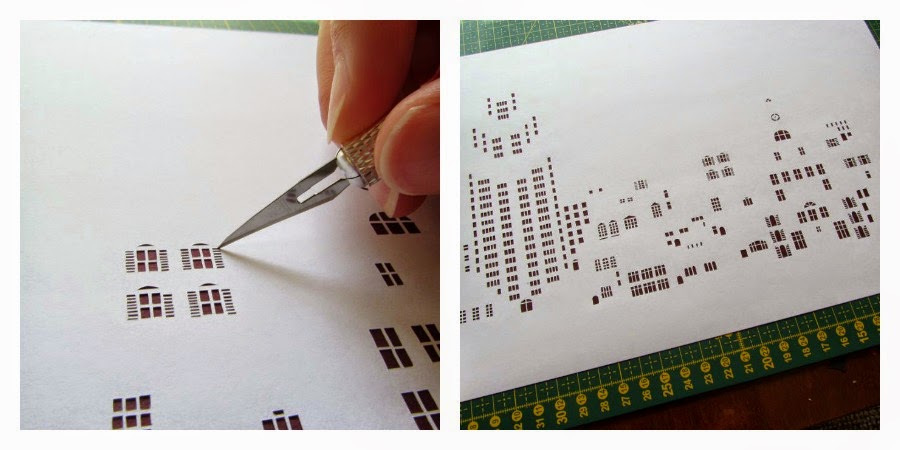 Not sure I’ll be attempting one of these again in a hurry!

Those of you who’ve popped over from my Facebook page will probably know that I’ve also been working on a doodle this week. I can now reveal that it is lined up to feature in Doodle Arts Magazine, which I am SO excited about!

And that’s all for today!

Oh Clare, where do you get your patience from? This is a stunning work of art! Also, congratulations on being chosen to feature in Doodle Arts Magazine, looking forward to seeing the full doodle 🙂

Fantastic news! Congratulations! Just had a look at your link, what a great mag! X

Clare, the cityscape is phenomenal! The stronger light is just stunning! What patience you have! Congrats on having your doodles published! I would me excited too. 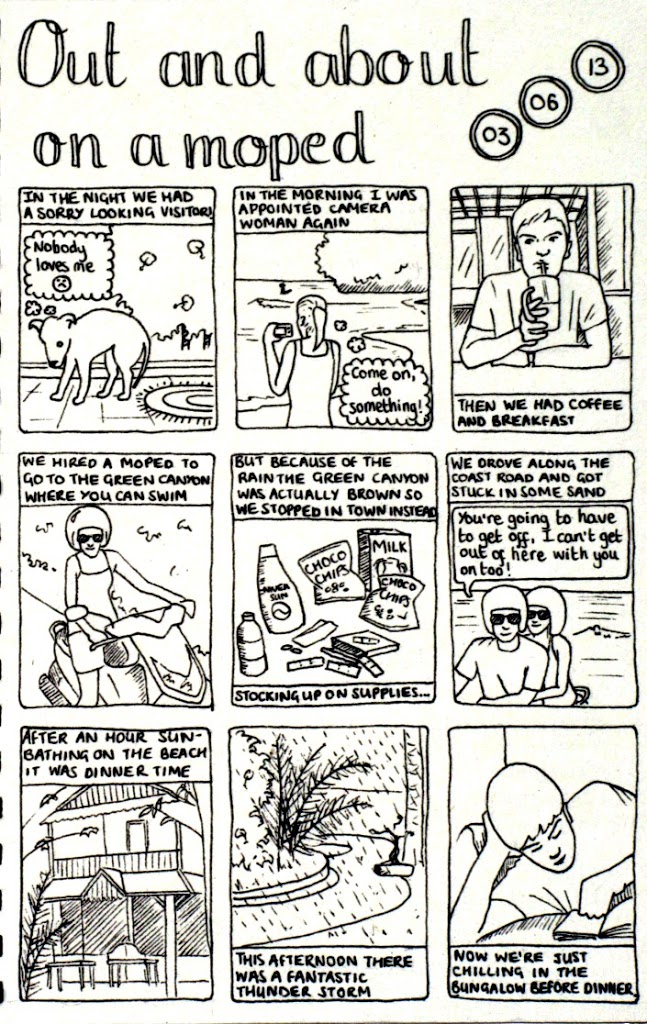 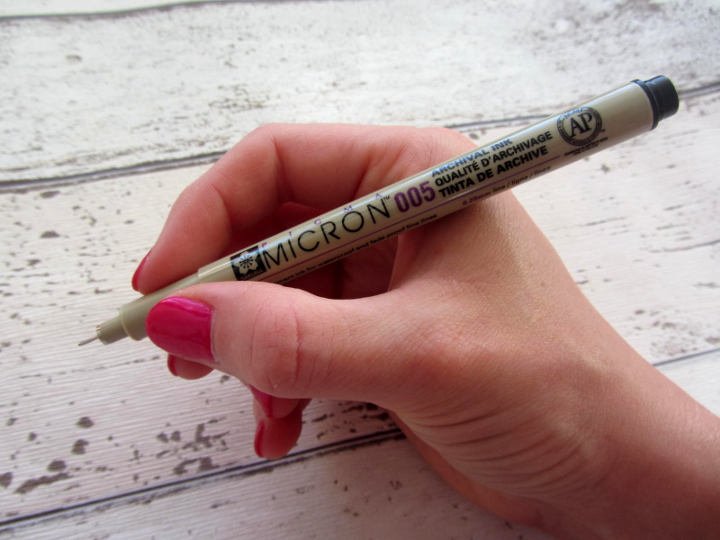