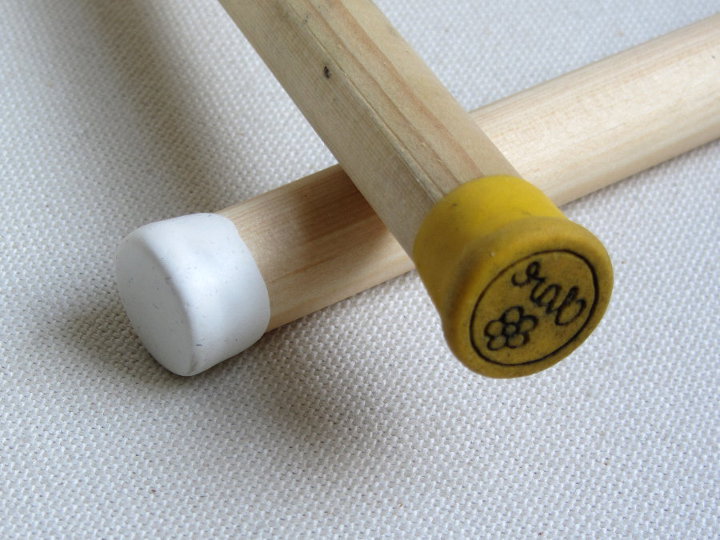 I have been meaning to write this post for ages, and I mean ages. I’ve had this ‘thing’ called Sugru for about six months now, and although I tried it out straight away, it has taken me a long time to get around to writing about my experiments.

I was sent some free and although I wasn’t asked to write a blog post about it, I really think it’s something worth sharing with you all. 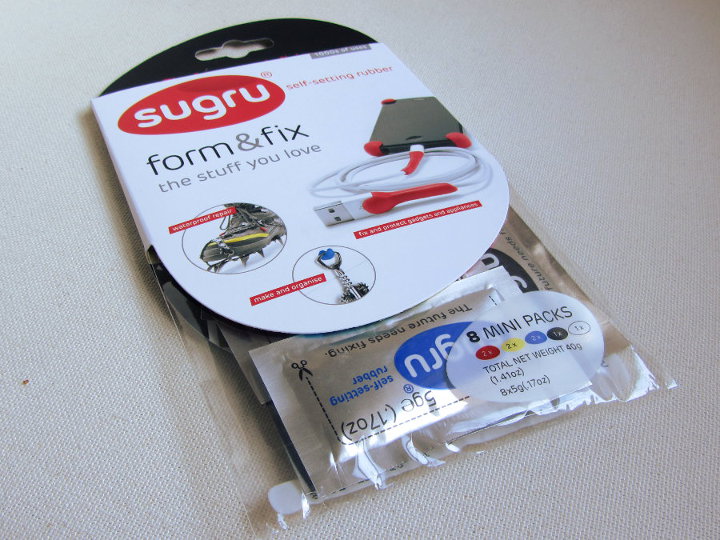 Firstly, a description. Sugru, in the manufacturer’s words, is ‘mouldable glue that turns into rubber’. In fact, it does exactly what it says on the tin (well, packet), which makes it an amazing invention with limitless possibilities.

I was intrigued by it at first as they sent me a link to a blog post about a paper cutting artist who uses it to mould around the handle of her scalpel to make cutting more comfortable. They also sent me a link to how to craft stamps with Sugru, which sounded right up my street, so I had a go!

Sugru comes in small packs as once it is exposed to air, it will start to cure. You have to mould the Sugru first to make it malleable and then can form it to make or fix whatever you like.

I made a stamp by moulding it to the end of a piece of dowel and smoothing the surface until it is flat. I found that if you smooth it with your fingers gently (like brushing away crumbs) it will eliminate fingerprints and make it flat and shiny. 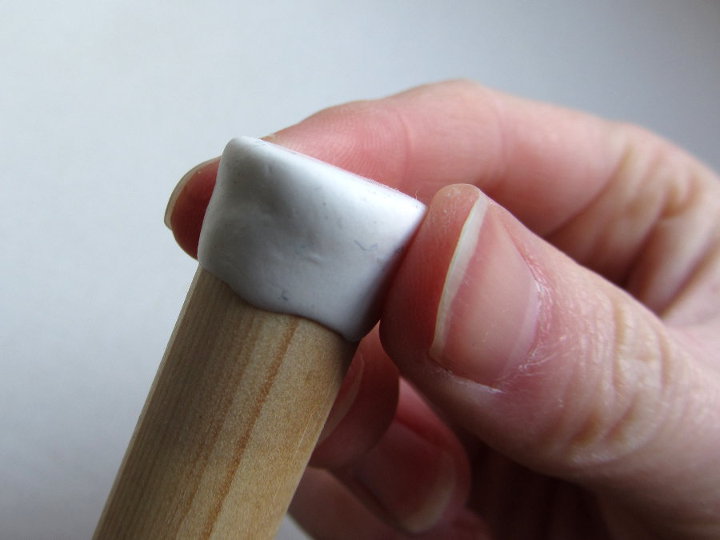 It has to cure for 24 hours, so I stood the dowel in a cup, because if the Sugru touches anything while curing, it will stick to it!

Once hard, it is solid with a slight give, like hard rubber. You can cut into it with a craft knife to carve a stamp. I drew my design out first, then used my scalpel to cut out the lines, slicing away the rubber in a v-shape. 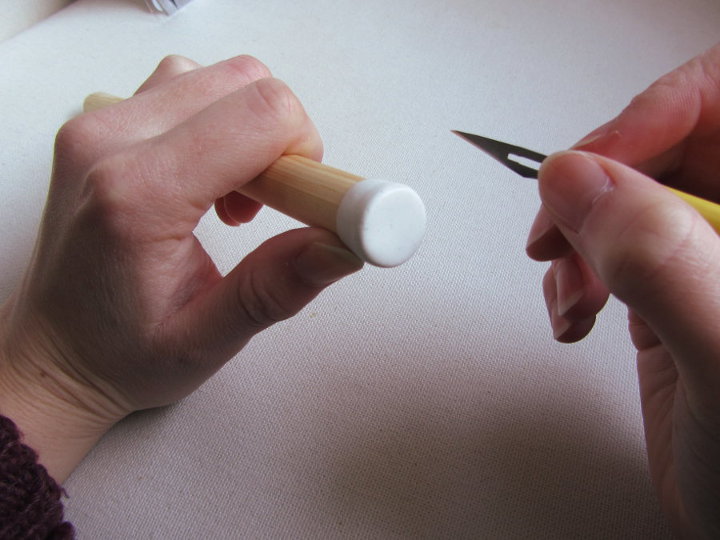 I didn’t make them quite thick enough at first, so had to cut a little more rubber away until I was happy with the way it stamped. 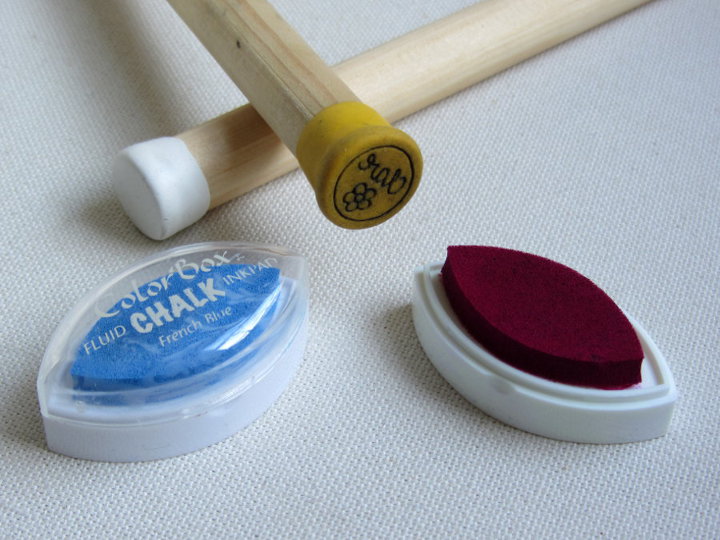 Here’s how it turned out! 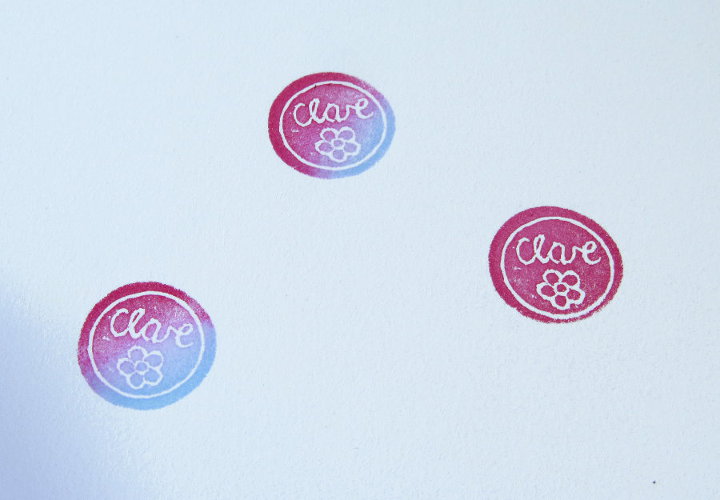 I think that I may turn the other one into a stamp to use for Geocaching, as my Dad and I had a go at it for the first time today and really enjoyed it. If you’re wondering what I’m talking about, it’s a GPS treasure hunt which people do all over the world. You use the GPS to direct you to locations where  you will find ‘caches’ – little boxes or containers with a log book and sometimes a little trinket to swap.

We only found one of the three we set out to find, but I think with a little more practice we’ll get better at spotting them! Hopefully next time we go I’ll have a stamp to use in the log book.

Sam found a couple of other uses for the Sugru. He fixed his phone charger wire which was broken where it joins the connector, and also created a makeshift rest for some of his DJ gear (the little yellow bits in the photo) – ingenious! 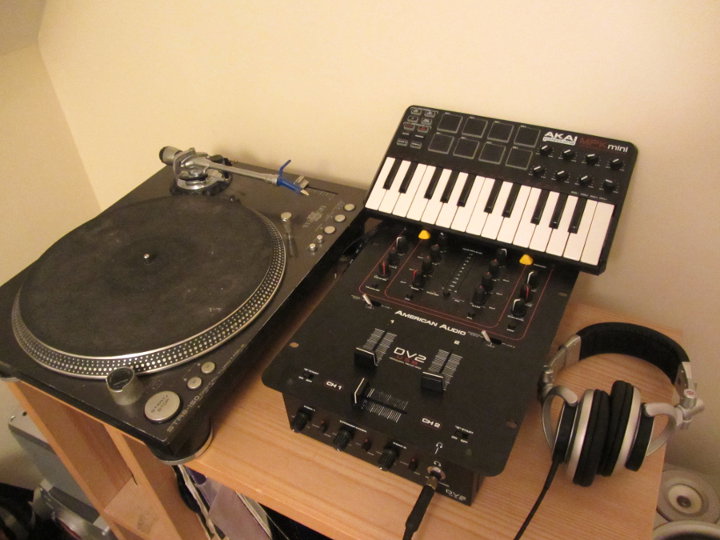 This week’s portrait for my 52 faces challenge is Benedict Cumberbatch as I read he was one of the most searched-for British celebrities in 2014. 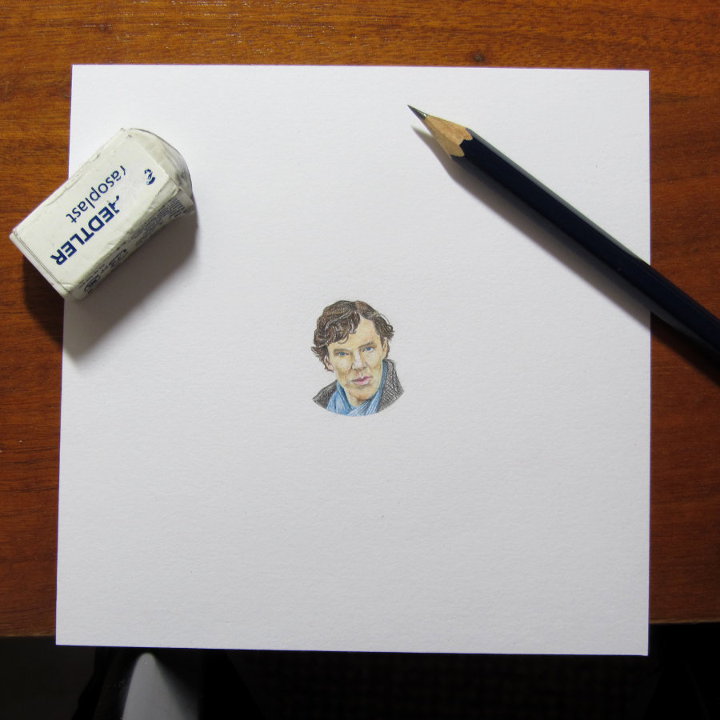 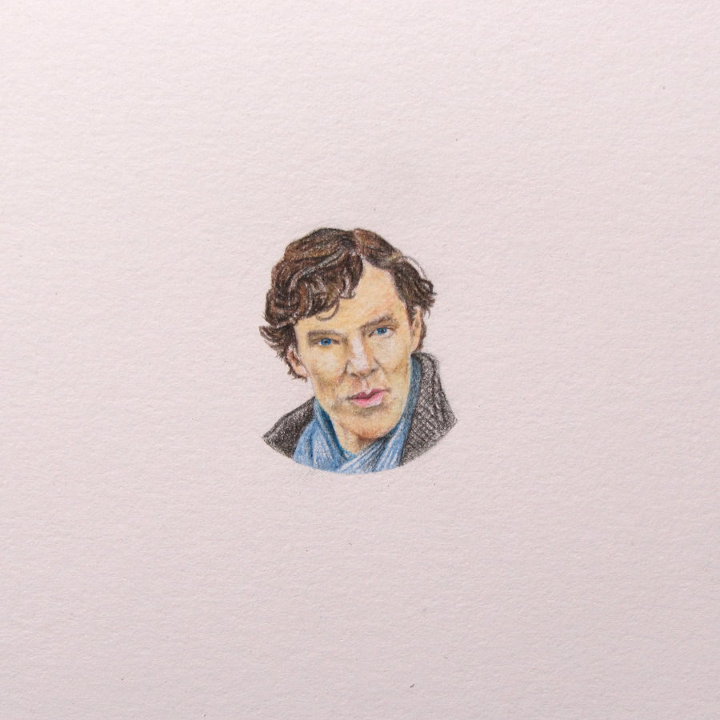 I’ve also started another portrait as I want to work more on my coloured pencil skills. This is a work in progress of the actress Emma Watson. 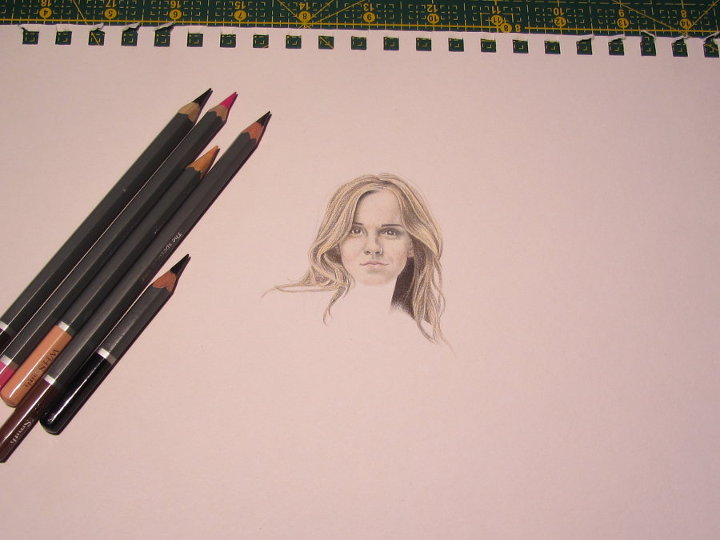 I’m sharing this post on the following blogs: The Queen of Creativity, Handmade Monday and Blue Chair Diary Illustrations!

I’ve seen a few things that people have done with the sugru, and it really does seem to be an amazing material. Your drawings are as beautiful as always, thanks for joining in with my first Handmade Monday.

It’s great! I was a bit dubious at first because I didn’t believe it could set hard and adhere so well, but it really does! Thank you for hosting Handmade Monday!

This is interesting. I like the idea of making my own personalised stamp.

You’ll have to have a go Mum, I think you’d like this stuff!

Love that little stamp you carved. Looks like pretty amazing stuff. How many of similar sized stamps do you think you’d get from one packet? Thanks for the blog. Really useful. Love your drawings too, had to look twice before realising that Benedict C’s actually IS a drawing! Brilliant 🙂
Mecki

Hi Mecki, I think I could probably have made two from each little packet, I think they’re about 5 grams if I remember rightly. Thanks for your lovely comments on my drawings!

Not heard of Sugru. The stamp has worked really well. Are we allowed to suggest people for the 52 faces.

Great tutorial and I’m amazed how well you did with the xacto. knife. I’m going to try it. Did you purchase from an art catalog? I also LOVE your colored pencil drawing.
My daughter and her boy friend love geocahing.
~ karen

Hi Karen, the knife actually came from a shop selling cake making equipment and the blades are from amazon! Geocaching is so much fun!

I’m sure it would work wonders! Apparently you can use it to make shoes more comfortable too, when the heels rub for example!

Loving your new look site, loving your little stamp and LOVING your Benedict Drawing. I’ve said it lots of times but you really are SO talented! My daughter is a massive fan (of Benedict…. but I’m sure of you too!) so I am now forced to send her this as a pinterest pin. She will be eternally grateful I’m sure.

Thanks Julie! Hope your daughter likes the picture 😀

What a wonderful product! Thanks for sharing it. Your tiny art just wows me, it’s so fabulous!

Never heard of Sugru but looks a good idea. Love your pics they are so very good. Recognise and old Technics pro deck there

It’s really good fun to use! Yep, Sam spends a lot of time with those decks!

Stunning portraits and what a fantastic way to make a rubber stamp!!!

We love to geocache, it is such a great way to get kids out there walking! we have used it as bribery many a time! We have our own little geotag which is currently wandering around America I think! Hope you have many wonderful adventures! xxxx

Clare! So sorry to take so long this week to reply. Please forgive me. 🙂 This was a fun post and I enjoyed seeing how you create stamps. When I get some time, I’d love to try this. Hee So, Sam’s a dj?? How cool is that. Also, your miniature artworks are crazy awesome! 🙂

I’ve never heard of sugru before so thank you for explaining about it. I was thinking of getting a little stamp made but I may just experiment and have a go myself 🙂
I love your little drawings, they are so recognizable 🙂
Jan x

It’s great Jan, you should give it a go! 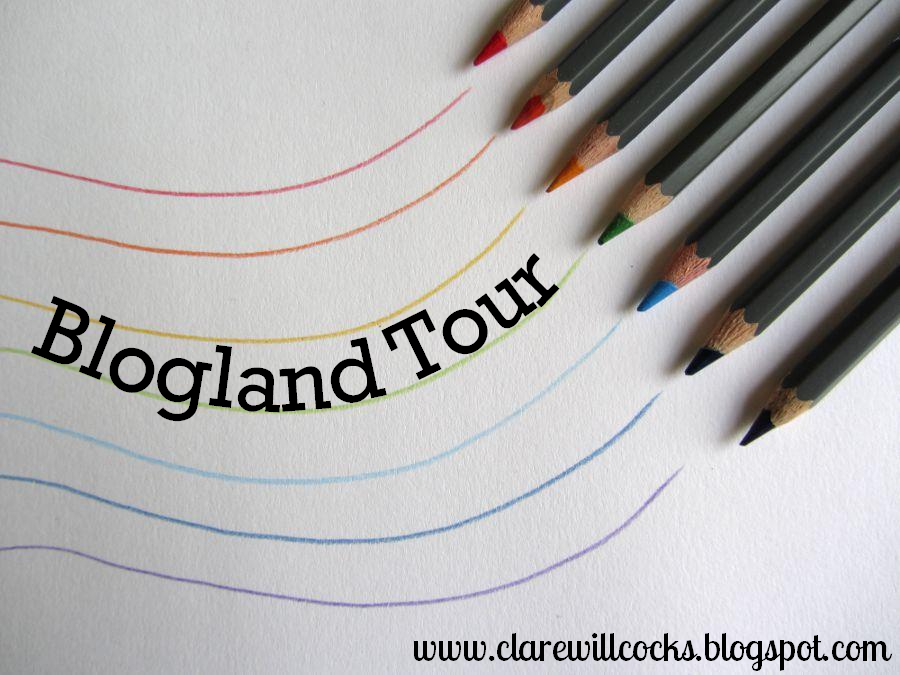 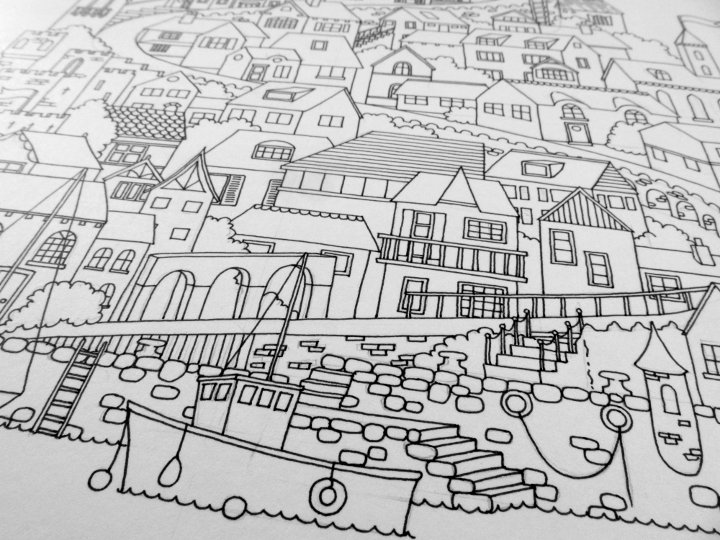 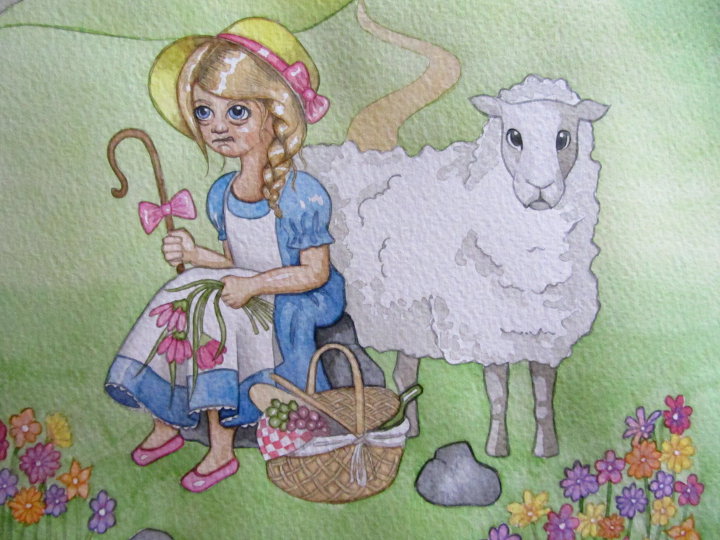