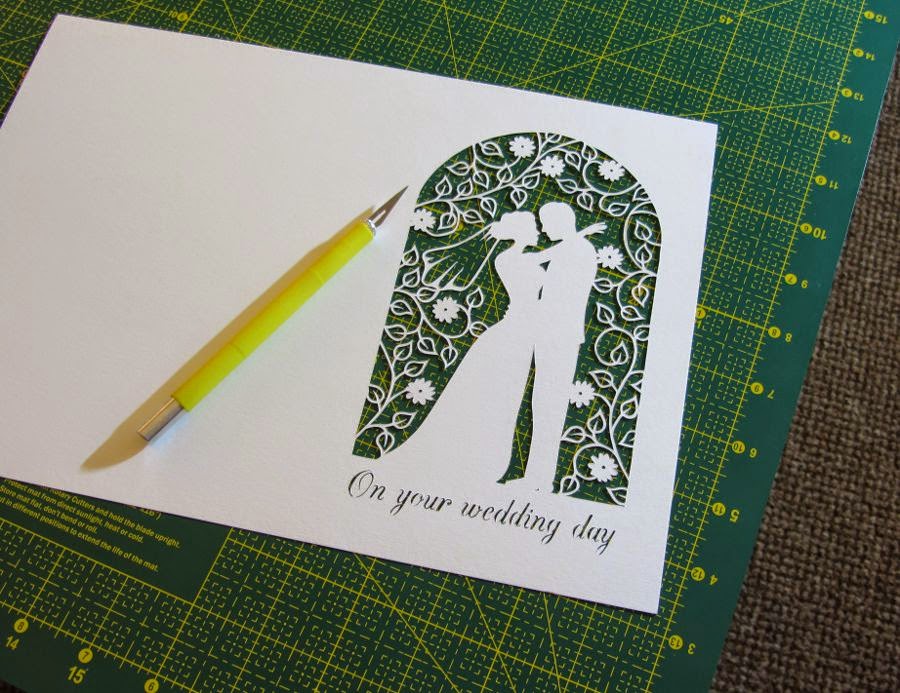 I finished my map of the Thames this week! It’s all scanned and ready to be printed in a guide for Le Boat in the new year. I can’t show you the finished map yet as I painted it in two parts and it’s scanned in sections to be knitted together and labelled by their graphic designer. I can’t wait to see it all in one piece and will share it with you as soon as I can!

This weekend, in between Christmassy bits and bobs and a celebratory dinner for Sam’s mum’s birthday, I’ve been working on a new set of paper cut templates to sell in January. I’ve designed four wedding card templates which will all be sold together.

This is the first one which I cut out today.

I’m going to save all of the originals as I have a few friends and family getting married next year. I hope they don’t read my blog in the meantime else they won’t be very surprised!

As I don’t have much new work to share with you today, I thought I’d show you this paper cut which I was commissioned to do by my Aunty for my cousin’s girlfriend. It contains lots of little bits and bobs which represent her and their family. 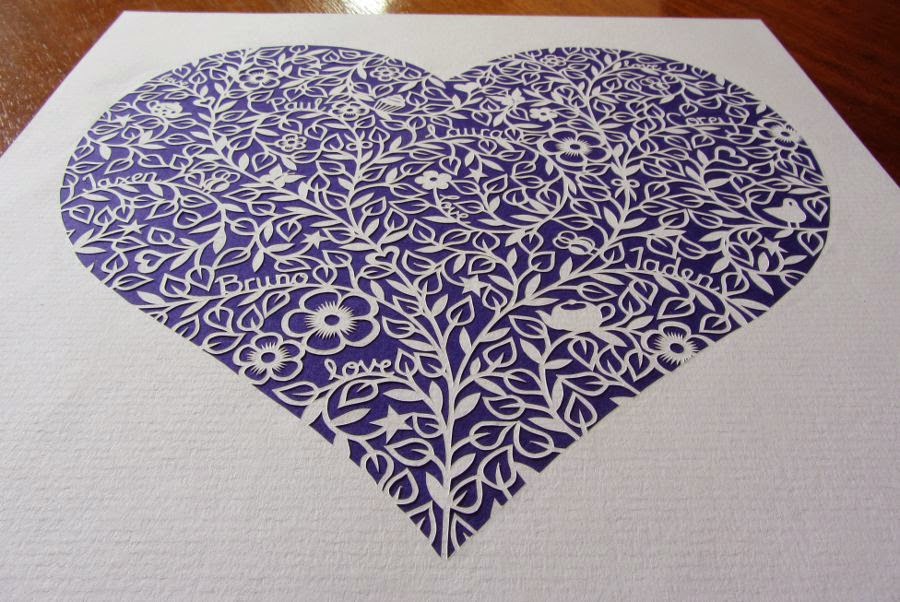 It’s been a while since I’ve done a paper cut like this so I’m looking forward to hopefully doing some more next year. 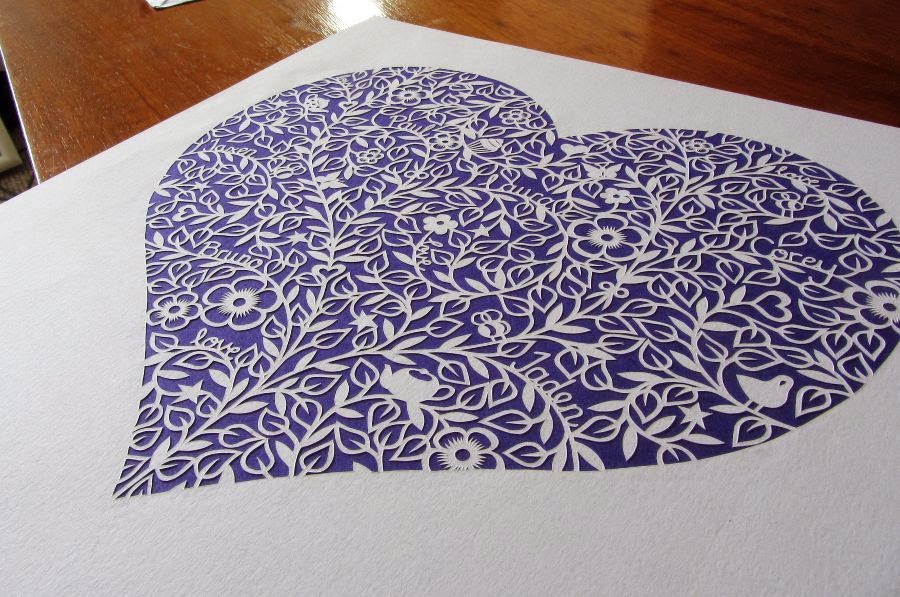 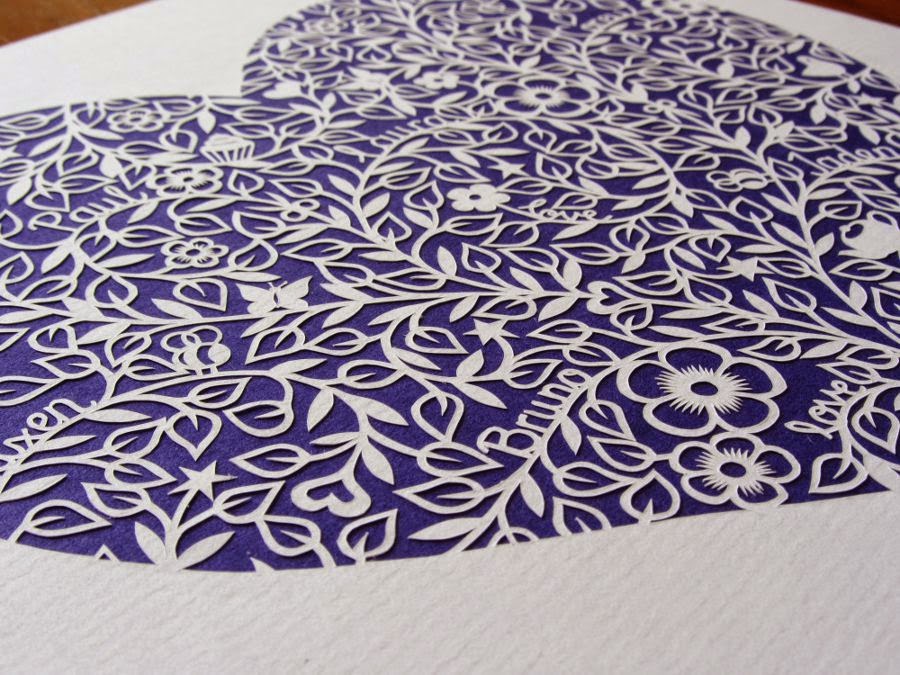 My favourite bits of this one are the teapots and the bumblebees – both things which I’m very fond of!

Elf on the Shelf

I have had an extra responsibility this weekend too. I had to look after the work elf, Derek. He’s an ‘elf on the shelf’, which, if you don’t know, is Father Christmas’ helper who has been sent to keep an eye on children’s behaviour in the run up to Christmas. He’s not particularly well-behaved himself though, and gets up to all sorts of mischief during the night!

Anyway, on Saturday he came with me to Living Coasts in Torquay where he tried to make friends with the penguins but unfortunately, his efforts weren’t really reciprocated. In fact, the penguins were downright mean! 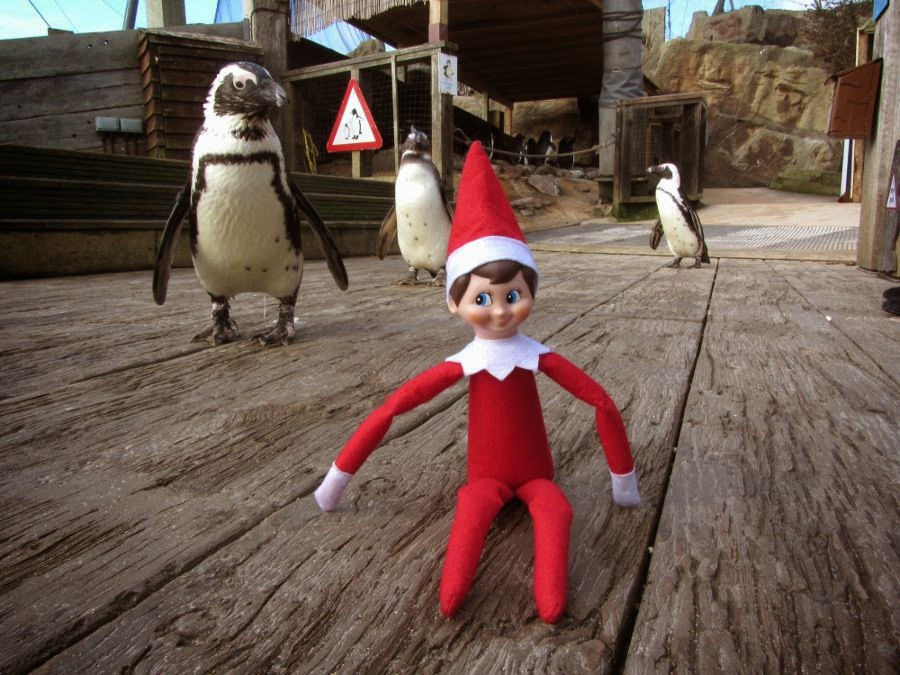 I love the way Derek appears to be looking at them out of the corner of his eye! 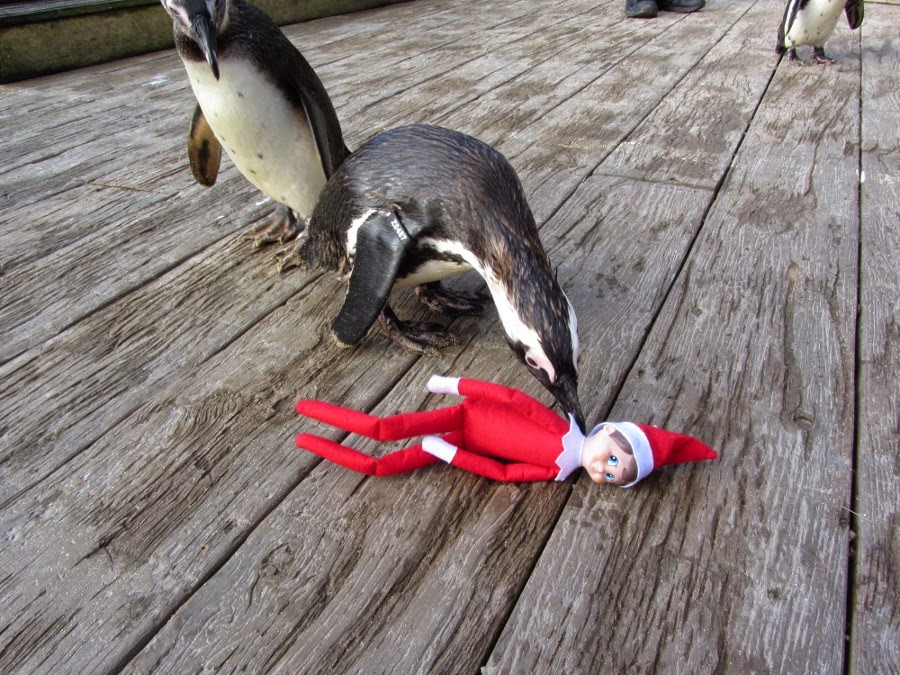 Luckily, he was rescued before they could do any lasting damage!

I found out this week that my blog has unfortunately not been shortlisted in the National UK Blog Awards but I just want to say thank you to everyone who voted. I was very touched by all your support and will be entering again next year!

Finally, I wish you all a very merry Christmas filled with lots of love, laughter, mince pies and cheesy Christmas classics!

What amazing work! So beautiful! Cute photos too!

Wow these are amazing, such detailing.

OMGoodness – she’s at it again !!! Those paper cuts are AWESOME !!! So glad that you finished your Thames – can’t wait to see the end result of that 😀
LoL – should I report you to ‘Elf & Safety’ for putting that little guy in the way of such danger ???? 😀

Love your Wedding card template, so elegant. Derek and the penguins made me laugh too 🙂 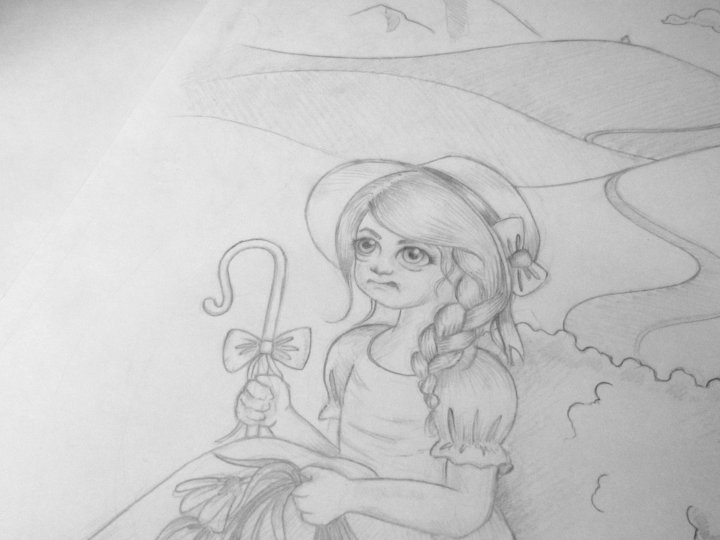 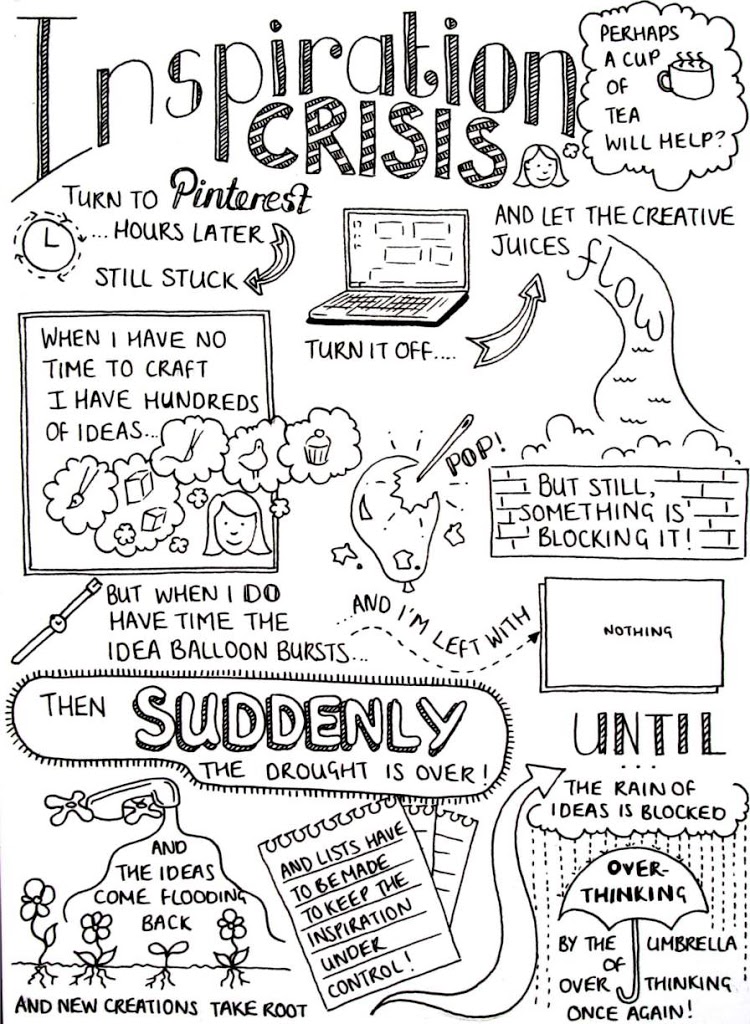 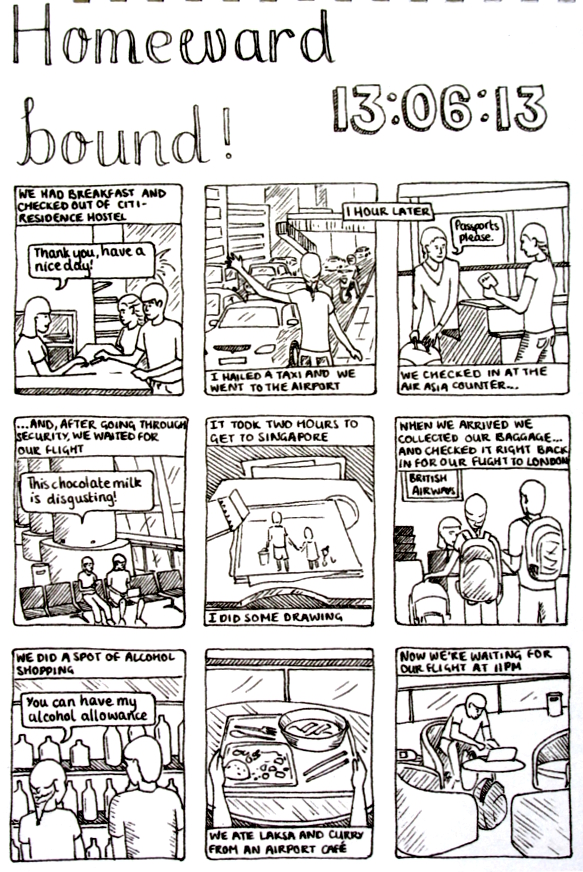