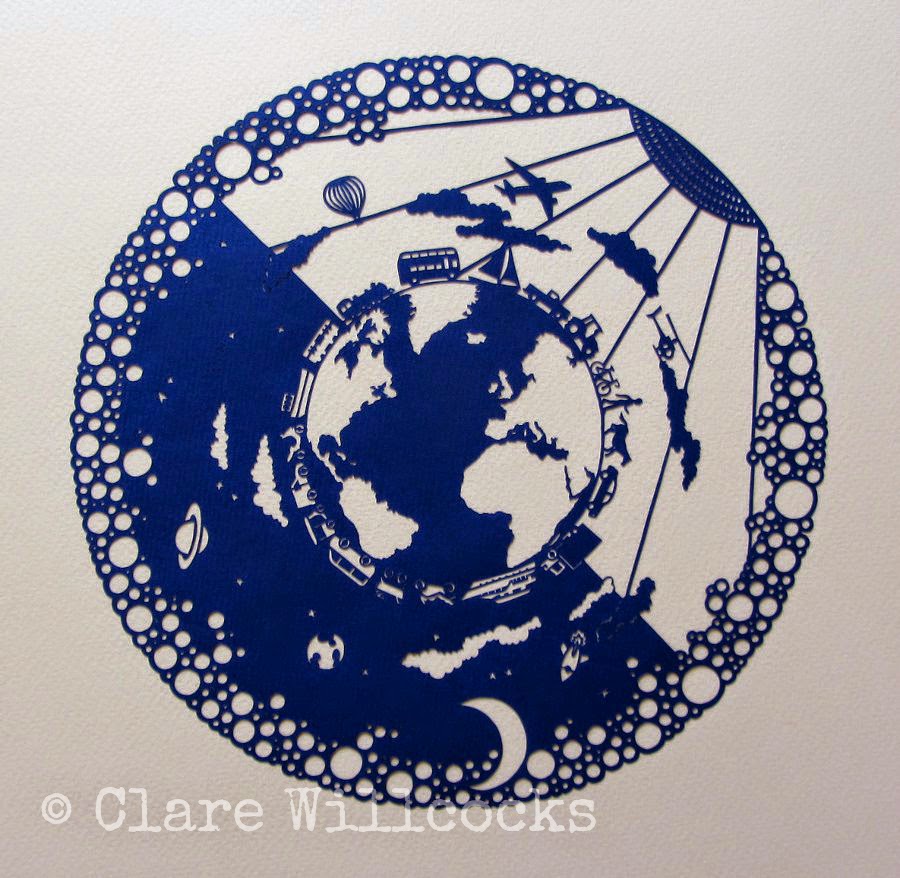 As England’s chance of success in the World Cup came abruptly to an end this week, so did my latest paper cut! I’m rather more cheerful about the latter though, as it’s been on my to-do list for quite some time.

I can’t deny that it was the trickiest cut I’ve ever done. All those teeny circles seemed like a good idea when I sketched out the design, but cutting them was a pig!

I’ve called it ‘World Cut’ but it was actually made for the transportation challenge for the Facebook group ‘Papercutting Workshop‘. Each little detail was sketched and cut out by hand. The paper cut design evolved as I drew it, I hadn’t originally planned the night and day halves but thought it would add a bit of interest to the sky. 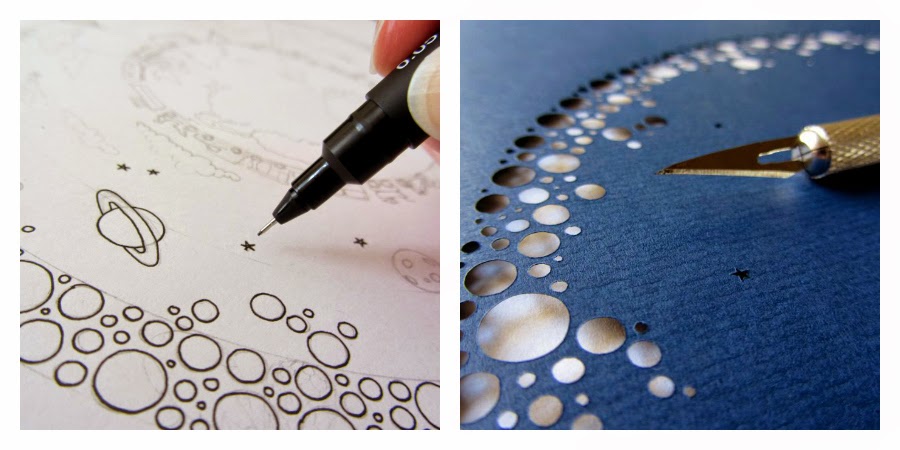 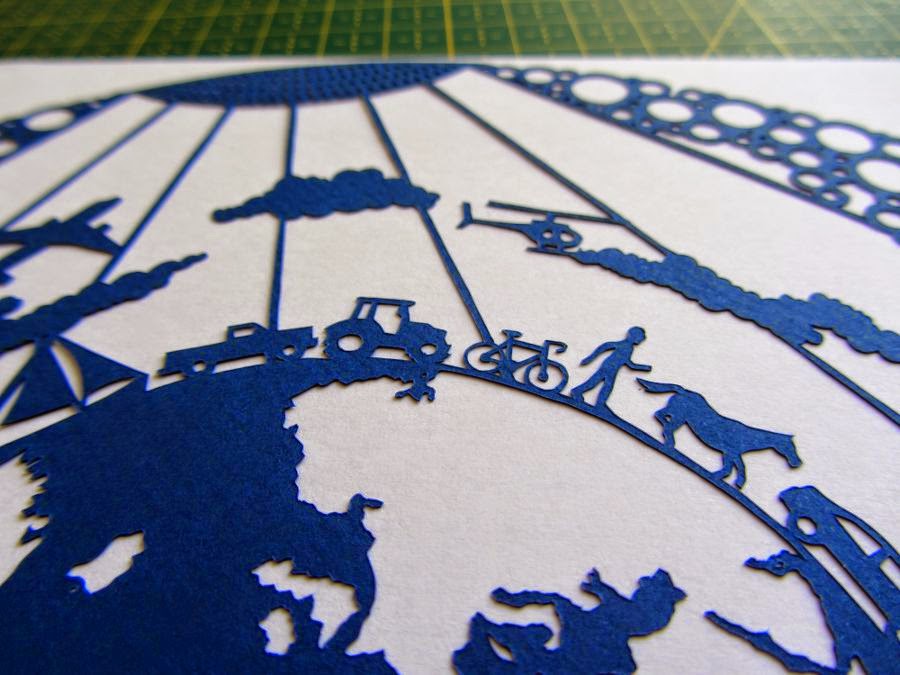 The fiddliest bit by far was the bicycle, look how tiny it is next to my index finger! 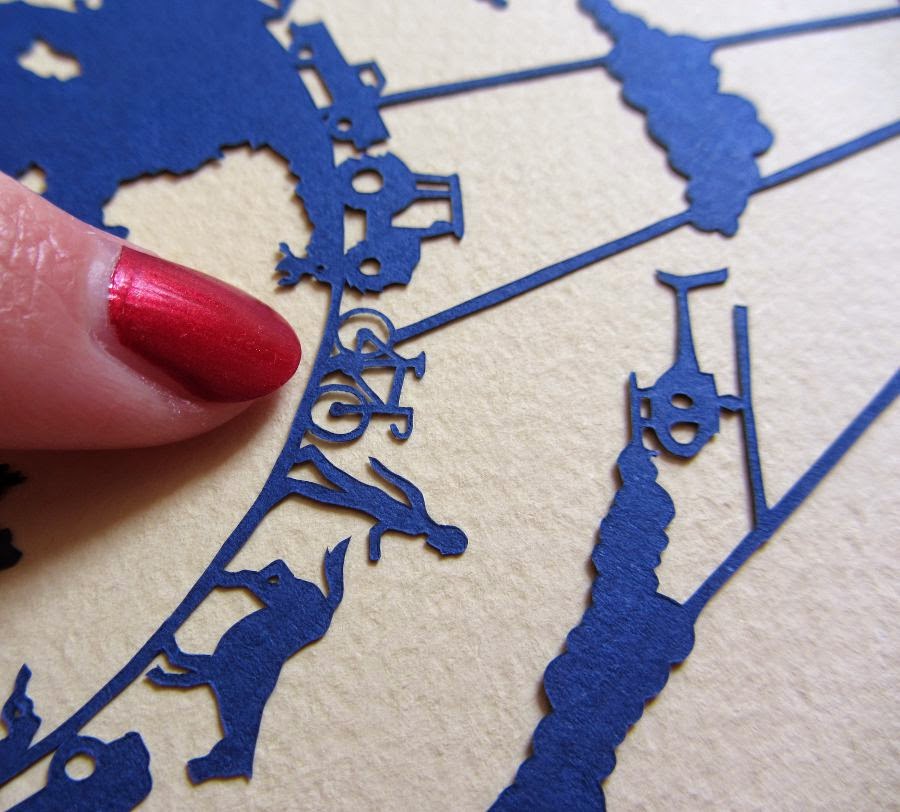 The sun’s rays had to be added in to support everything in the sky. 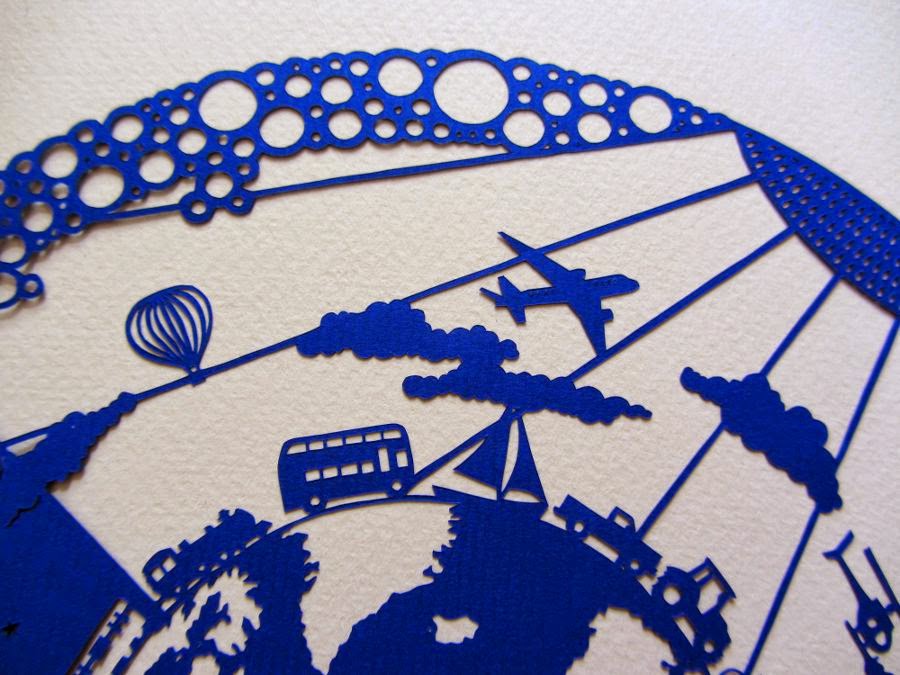 In the ‘day’ half, the images are positive, in the ‘night’ half they’re negative ie. cut out as holes. 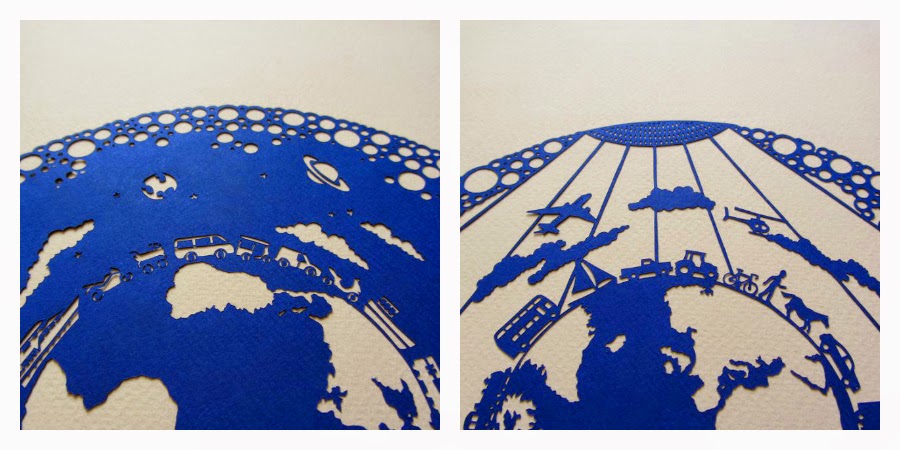 Here’s the final piece with my paw to give it some scale. 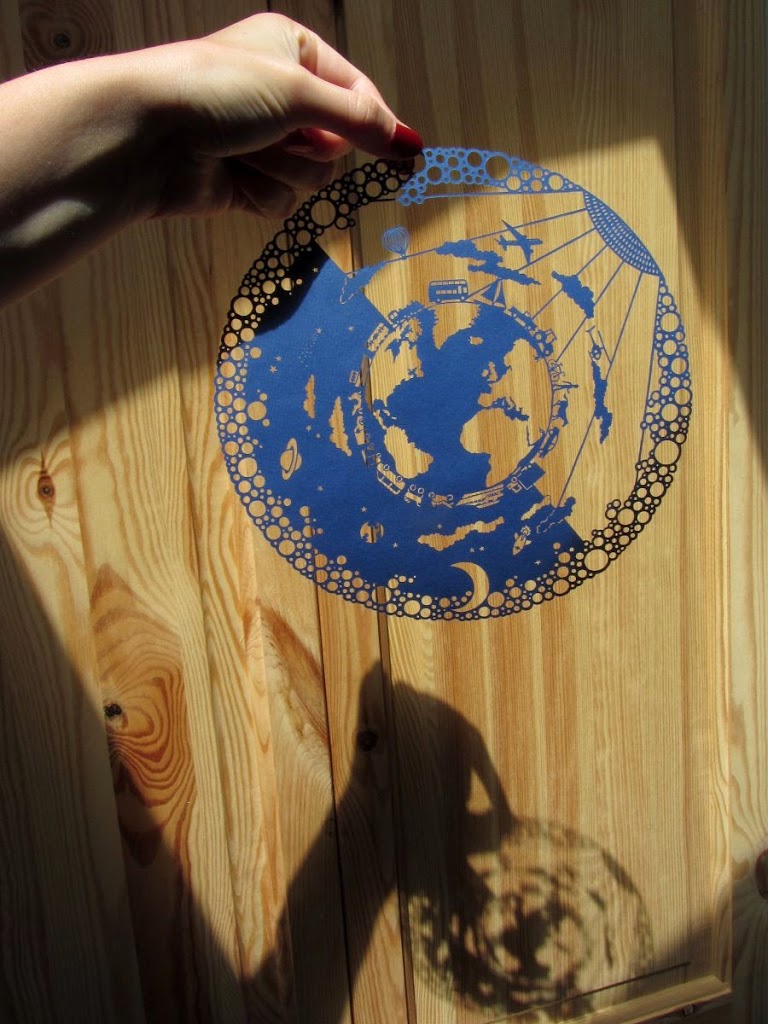 I’m thinking of doing prints of this one, but as I’ve never had any done before, I’d like to gauge interest before I go ahead. Please email me or contact me via my Facebook page if you’re interested in buying a print, if I enough people would like one, I’ll look into it!

The pictures with your hands really give a good idea of the tiny scale you are working at. Fantastic.

You are so talented Clare and never cease to amaze me with each piece you create, what next x

I’ve been watching this unfold as your shared it on facebook and was showing it to my sons earlier this evening. It is AWESOME!
Do you draw your design on the back in pen? I have dabbled just a teeny tiny bit and am looking for pointers to improve. thanks so much.

Hi Julia, thanks for your lovely message! Yes, I draw on the back first, although this one I drew on a white piece of paper then scanned and printed it onto the blue. I find it easier to do it this way when the design is fiddly and lots of rubbing out is involved! Hope that helps! Clare 🙂

Another stunning papercut. It’s amazing how tiny and detailed some things are.

Oh wow what a gorgeous design! You’ve cut it out so perfectly too, i really admire you skill and patience. Prints sound like a lovely way to be able to share it with more people 🙂 x

oh my goodness how intricate, that must take so much patience xx
Fantastic result what an amazing design xx

What an amazing feat! The design you made is so intricate. It’s really beautiful. 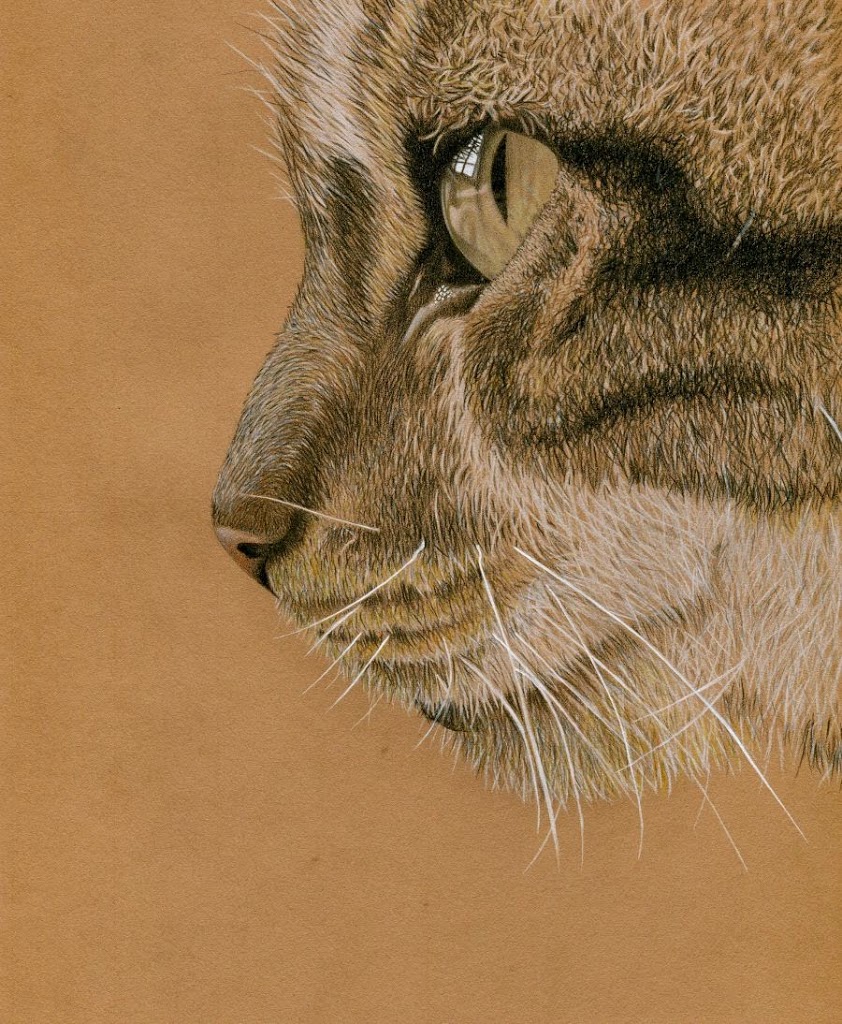 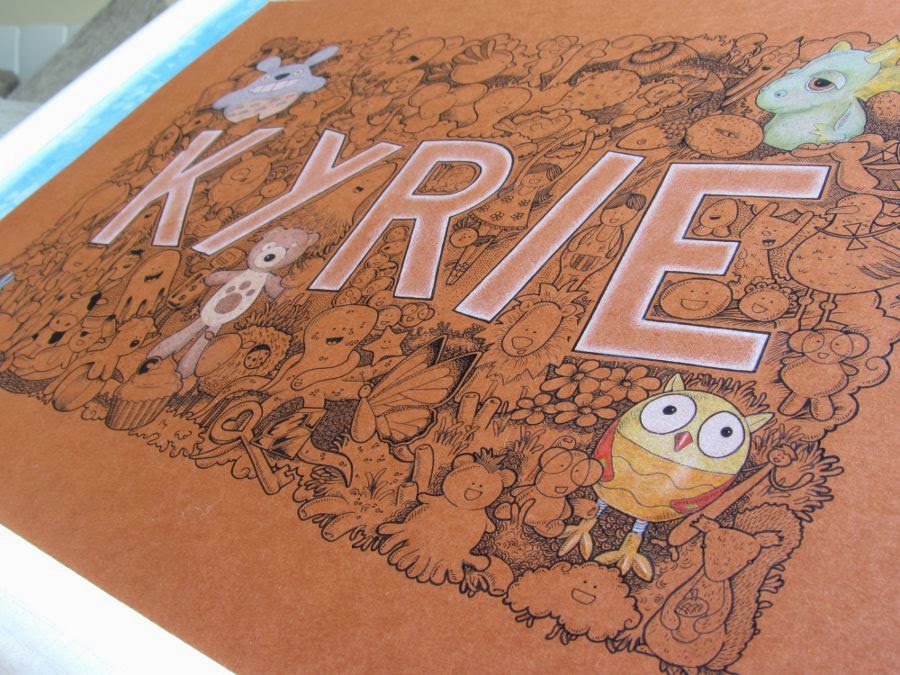 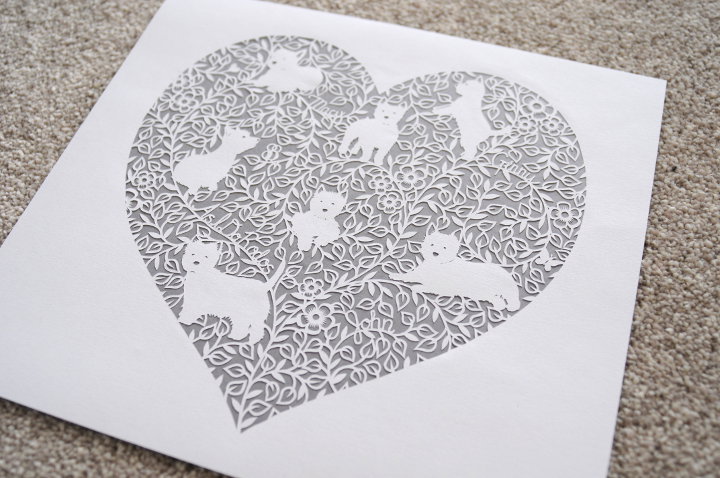